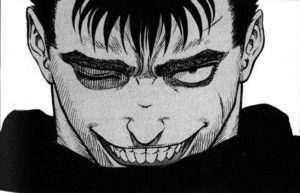 This would be an insane anime to put in the theatres.

Blood spewing everywhere, insides being ripped out and so much rage you’re afraid it’s going to blast out of the big screen.

Berserk is a very, very and I mean very dark anime.

If you’ve seen it then you know what I’m talking about and if you haven’t then good for you because I think this anime desensitised me to emotions. 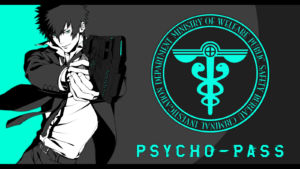 Psycho-Pass is one of those anime that leaves you thinking and it would be nice to see a wider audience experience that.

Society is monitored by people’s psycho-pass and if you’re getting too stressed out and you’re not a happy bunny. Well, that’s considered a crime in this universe of Japan.

People are told what they can and can’t do and what type of person they’re allowed to be.

Your life is controlled by the system and you have no other choice but to follow it. 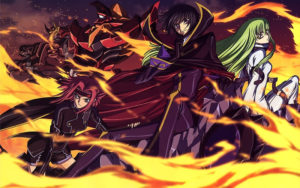 One of the greatest anime or even TV shows ever created.

Code Geass is a mecha anime and metal is constantly being crushed and splintered. Groups of masterminds battle against each other in games of chess and on the battlefield.

Jaw dropping twists and turns, sad deaths that will leave you wanting to quit watching. (Well that’s how I personally felt)

The action sequences are simply insane and to make this into a live-action movie and doing it right will be doing justice to the show. 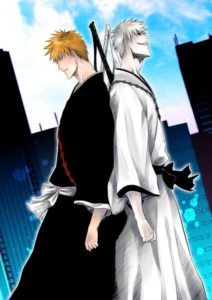 You follow a teenager called Ichigo Kurosaki as he slaughters hollows of his world and the Soul Society.

Being thrown into the role of a Soul reaper he fights anything and everything.

It doesn’t matter who you are and how strong if you get in the way you’re going to get seriously hurt.

To see this in movie theatres I believe will be a game changer and even encourage more people to watch anime. 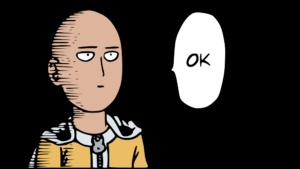 Which anime fan hasn’t heard of this wonderful and super awesome anime.

Saitama is an absolute powerhouse of a superhero, but common people and other superheroes don’t think so.

Most people around Saitama don’t realize how strong he really is and what he can do. Saitama yearns for an opponent who can challenge him.

One Punch Man is a fun, light-hearted anime and to see it in movie theatres, in true live-action would be incredible.