Are you looking for the best Demon Slayer quotes?

Well you’ve come to the right place because that’s exactly what we’ll be going over in this post.

Demon Slayer or Kimetsu no Yaiba is a truly emotional anime. And in this post, we’ve captured some of those emotions be recording these quotes. 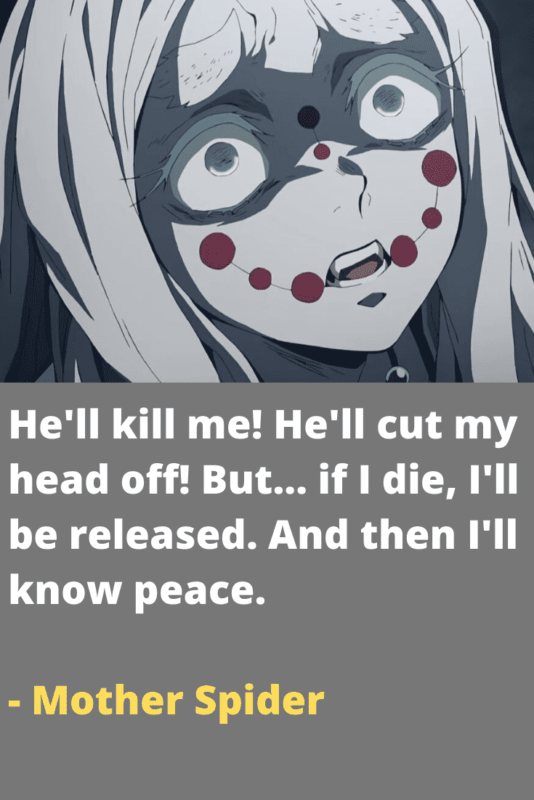 Mother Spider is a demon we all felt sorry for. She was turned into a demon and forced to live in a fake family. If she did not obey, she’d be tortured.

I’m gonna guzzle your brain through your ears! – Tongue Demon 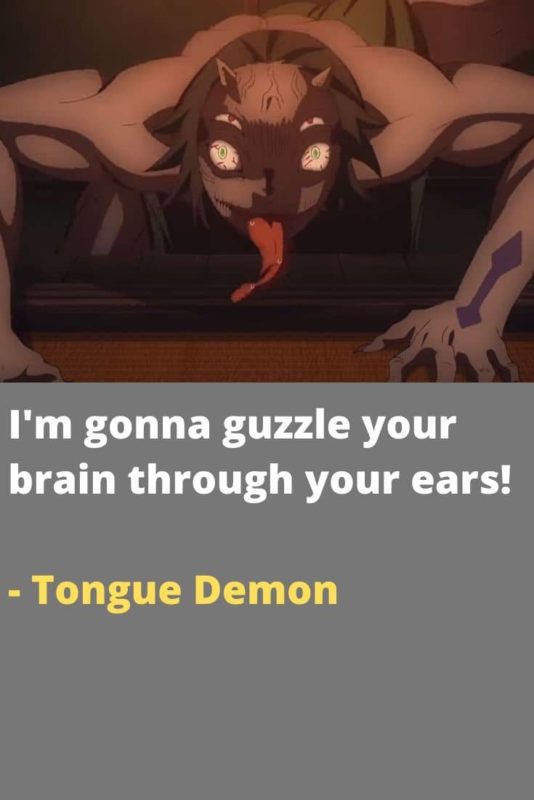 The tongue demon was funny with his relentless, over the top threats.

Tanjirou. Breathe. Get your breathing under control and become the fire God. – Tanjuro Kamado 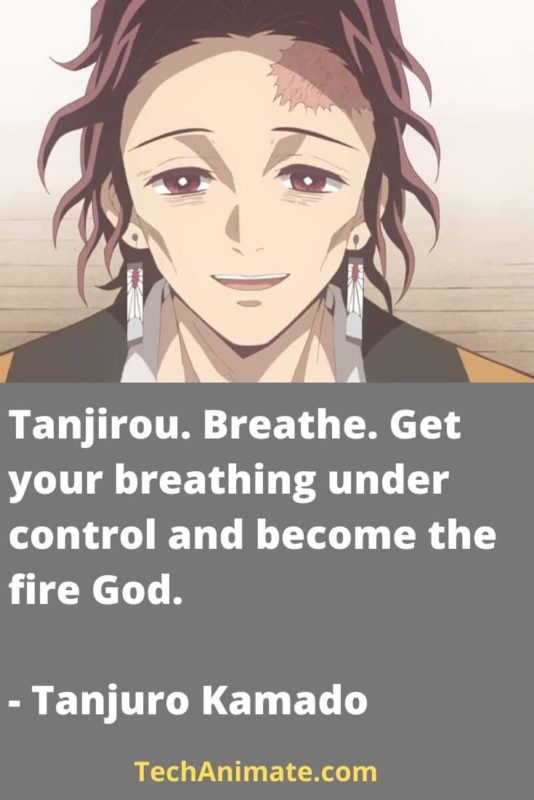 Tanjiro’s father gave him a piece of advice that saved Tanjiro’s life. He was able to able to keep fighting with the most powerful he fought so far in his journey.

Don’t stop! Run! You gotta protect Nezuko! Even if it means… Getting slashed by him at the same time! – Tanjirou 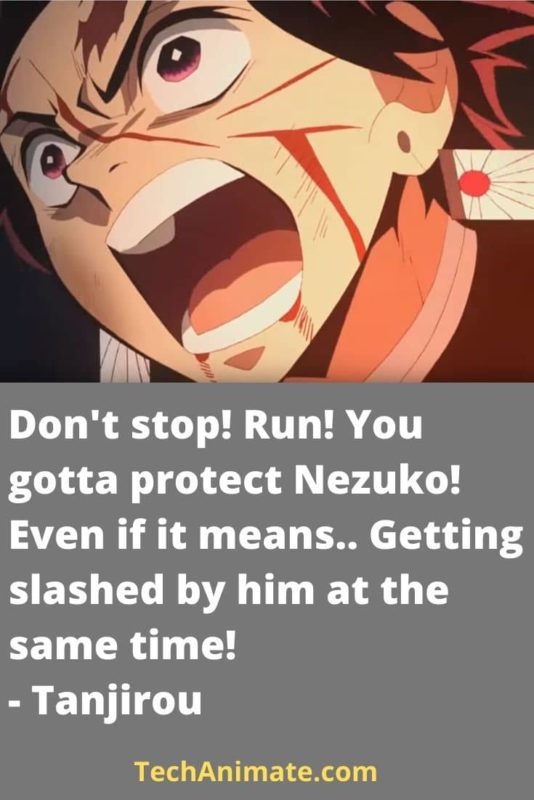 This is where Tanjiro showed incredible resolve. His family were slaughtered and he wasn’t going to die before he avenged them.

You have to save your brother. I know you can do it now, Nezuko. Please, Nezuko. – Kie Kamado 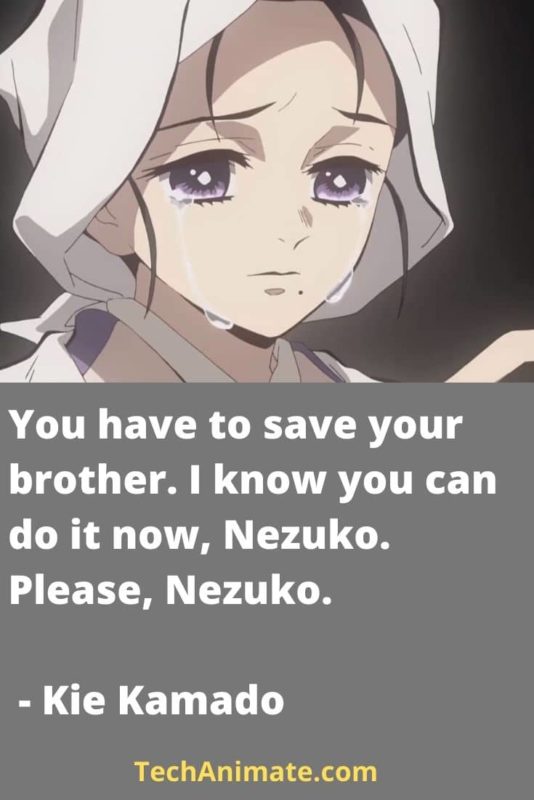 Nezuko’s mother, Kie, came to Nezuko when she was unconscious. Sure, Nezuko may have been hallucinating be she gave Nezuko that push to save her brother. 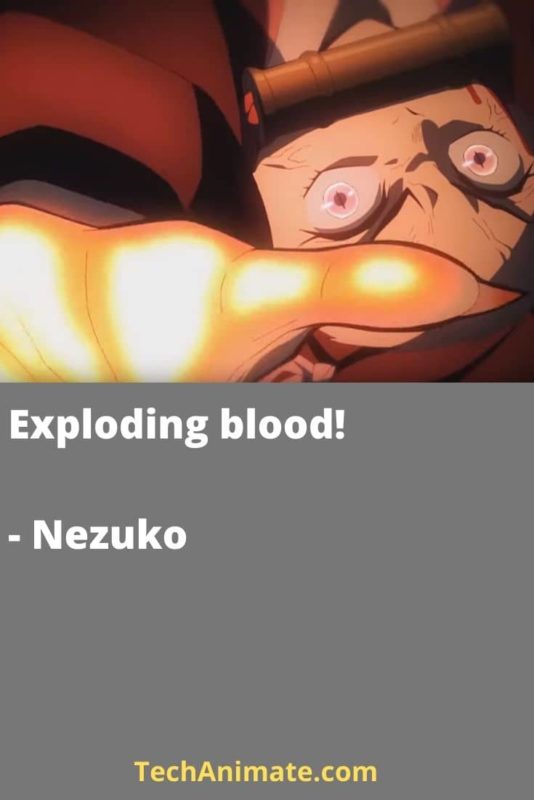 This moment was precious to all of us! Nezuko finally talked for the first time after she was turned into a demon. 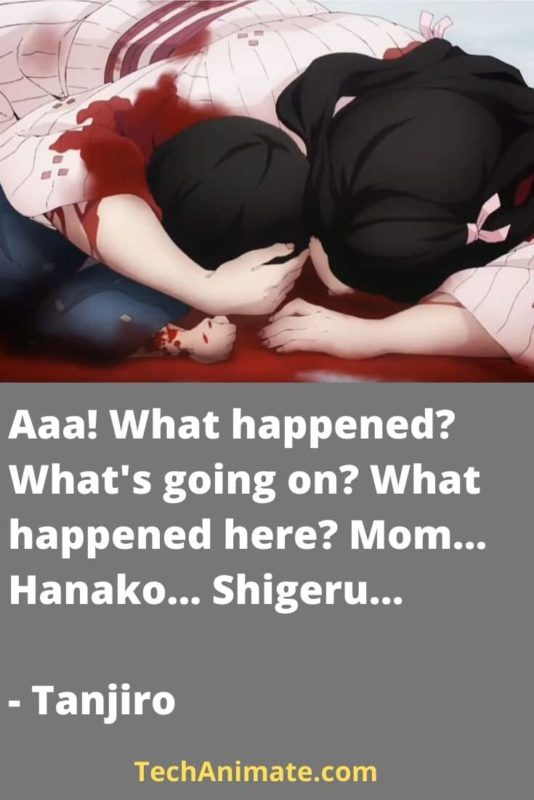 Our hearts dropped down to our stomachs at this scene. Tanjiro’s family were laying dead right before his very eyes. The only thing he could do was scream.

Weak. Immature. That’s not what you call a man. – Sabito 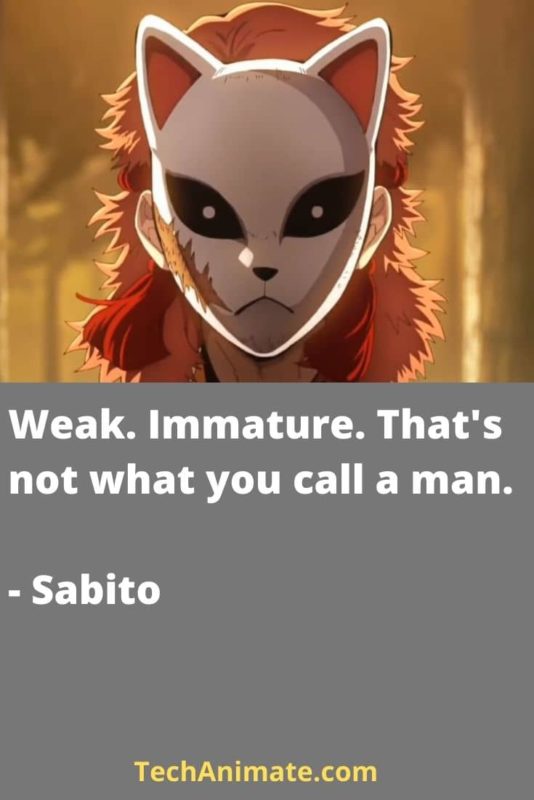 Sabito kept pushing Tanjiro to new heights. He kept training him and gave him his philosophy on what a man was not.

Nezuko! Why’d you fall asleep all of a sudden? Never waking up once! I was worried you were going to die, you know? – Tanjiro 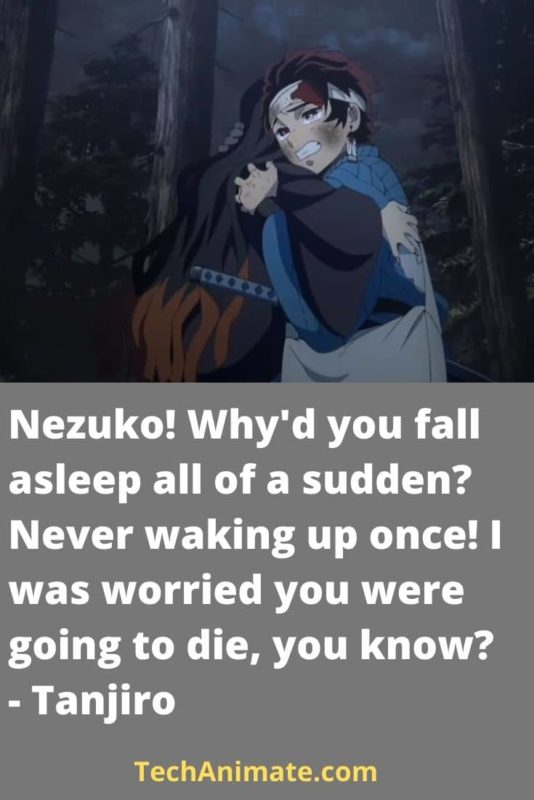 This part was emotional for all of us. Nezuko was asleep for months and her older brother thought she may die.

If her hairpin is among these collectables, then I’ve devoured her. – Swamp Demon 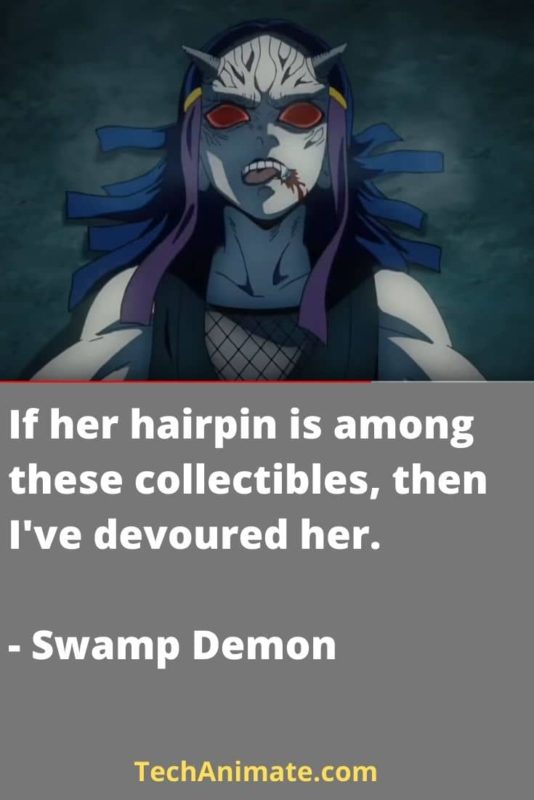 The swamp demon was by far one of the most vicious demons in the show. He killed the girl a young man deeply loved. No remorse whatsoever.

The weak have no rights or choices! Their only fate is to be relentlessly crushed by the strong! – Giyu Tomioka 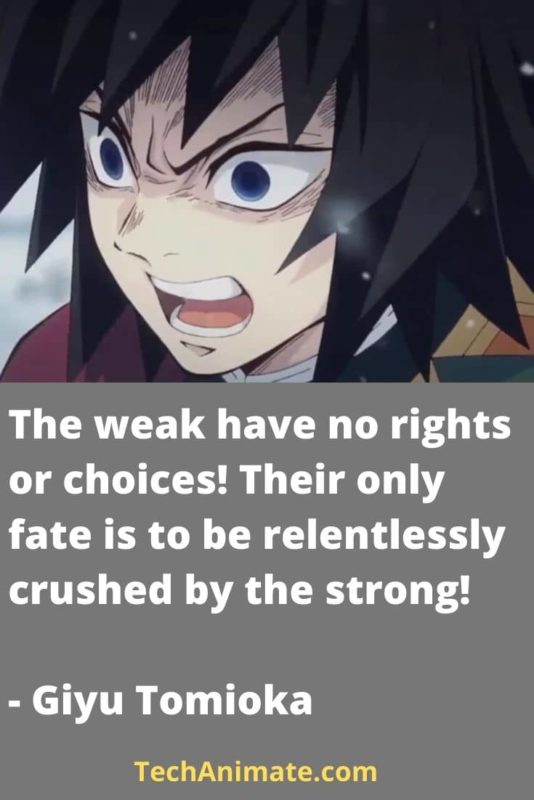 Giyu only said this because he’s been through a lot of crap in his life.

Don’t cry. Don’t despair. Now’s not the time for that. – Giyu Tomioka 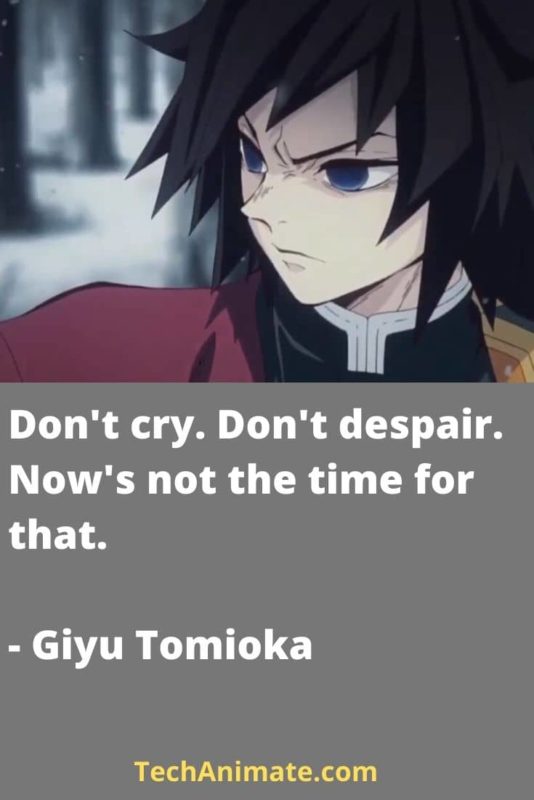 Giyu said this when he saw Tanjiro right after his family was slaughtered. He knew what Tanjiro was going through and wished he could help him.

So those were the best Demon Slayer quotes.

Which quote was your favourite?