So Call Of Duty is a juggernaut in the gaming industry.

Every year a Call Of Duty game is released and we seem to be getting less and less interested in each passing game.

So does that mean Call Of Duty is dying?

Possibly, Call Of Duty has seen a major drop in sales…

Call Of Duty Sales Down By 50% Call of duty dying

Despite Call Of Duty’s sales being cut in half. It was still 2016’s second largest launch in the UK, just behind FIFA 17.

This just shows how big of a giant Call Of Duty is in the gaming industry. 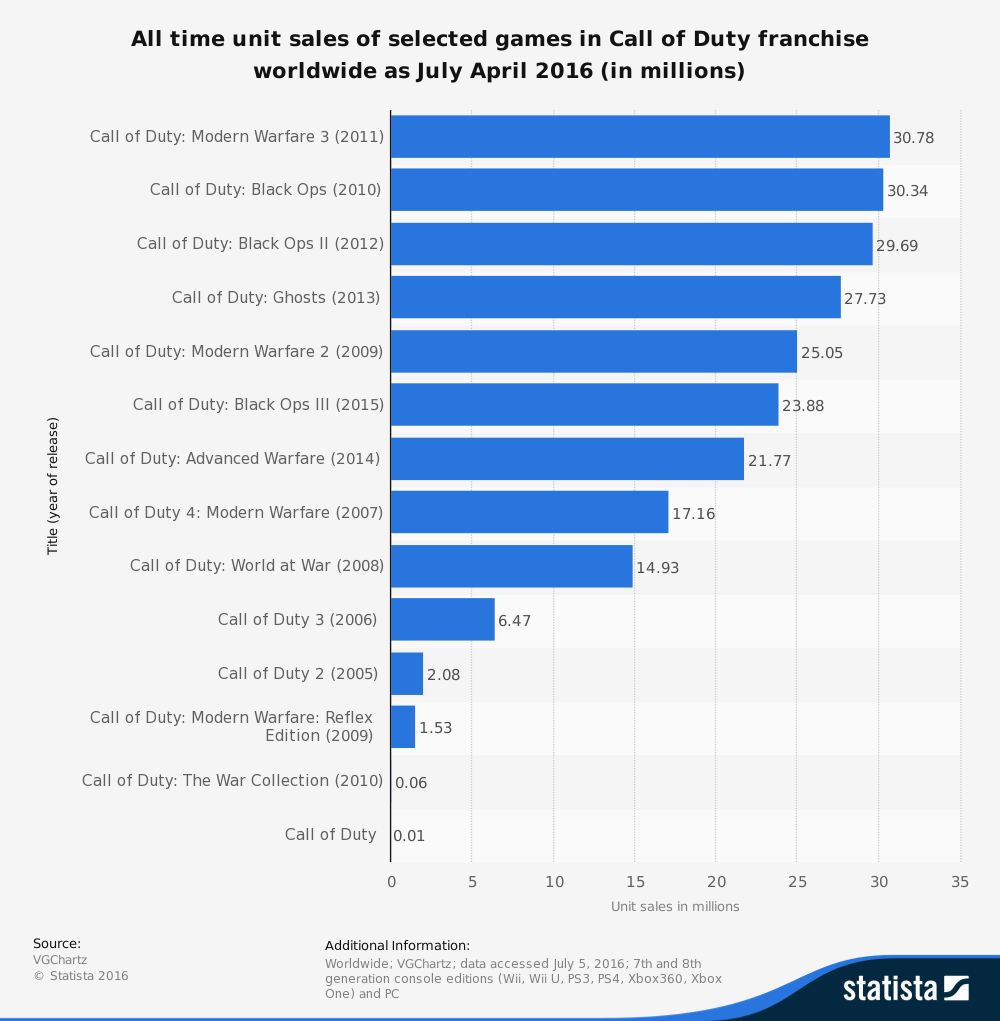 This graph sure is interesting.

Just because a new COD game is released, does not mean it will do well.

Call Of Duty has been hit in the sales department pretty hard.

But it’s still in there with the rest of the huge games in the industry.

Has Call Of Duty finally realized that we don’t want the same boring games and ridiculous futuristic setting?

Or will Call Of Duty carry on with its ridiculous ideas and ignore the community? Will it shrink into a long lost memory?