In this post on TechAnimate, we will be going over the most hated anime characters of all time.

1 anime character will be picked out per series. 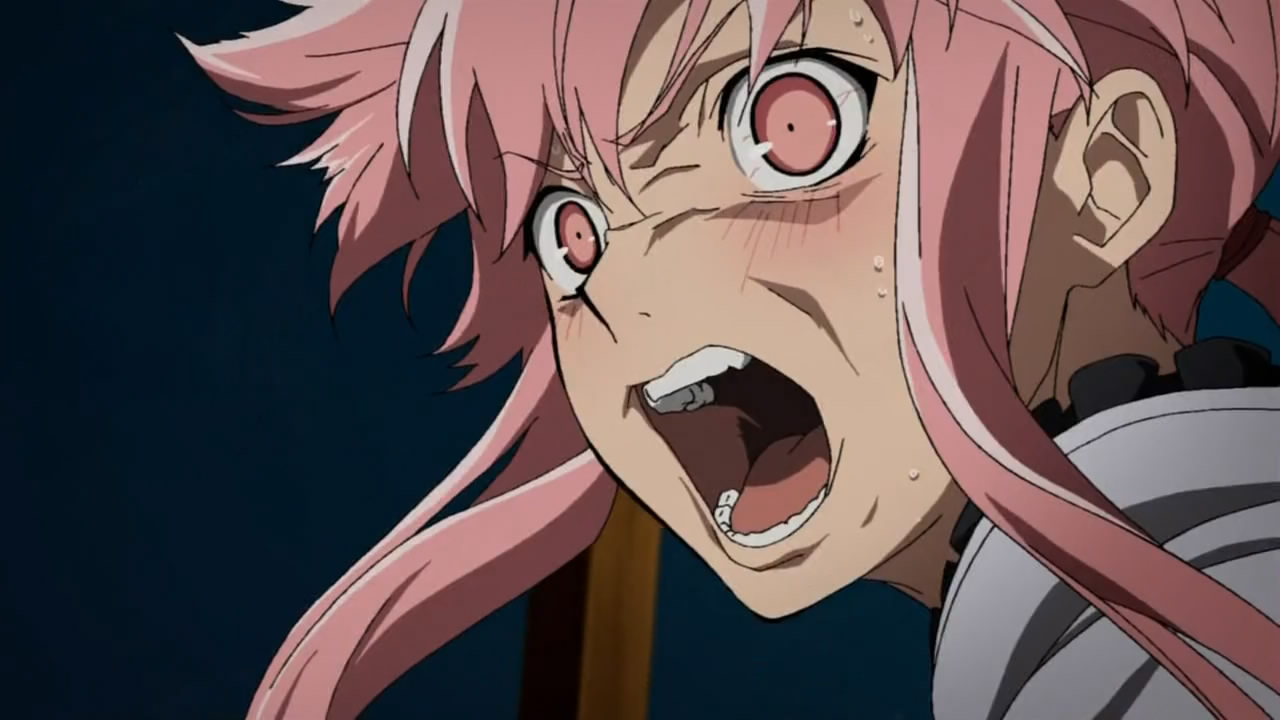 The biggest reason why Yuno is hated is because she’s adorable yet conceals herself and her vicious plans. Crazy and in love with Yukiteru, an introverted small-minded boy.

Yuno manipulates Yukiteru in murdering other people and all at the same time, say the killings are in the name of good (she’s a mega bi**h)

She shows the audience how crazy, shocking, creepy and unreasonable she can be in an instant.

Yuno is also crazy enough to consider killing her lover’s mother because she thinks that Yukiteru’s mother could be an obstacle.

Because of her unique attributes, many adore her but I wouldn’t want to be Yuno’s crush, she can go have a crush on someone else, not me… 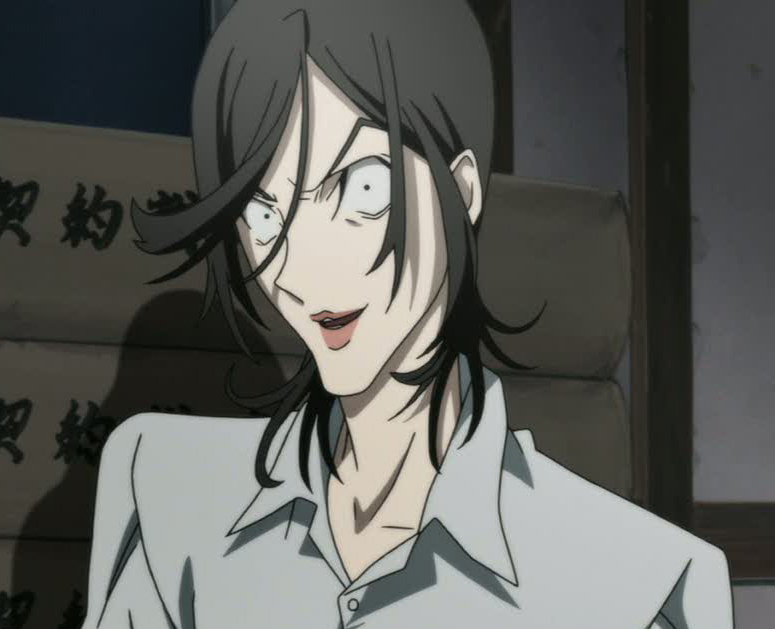 It’s super easy to hate this guy. Masao is constantly whining, complaining, running away and crying. Selfish to the bones cares about nobody but himself.

A stupid person who is always causing problems and blaming others for them. He lacks a spine and always talks without thinking which results in him stepping out of line. 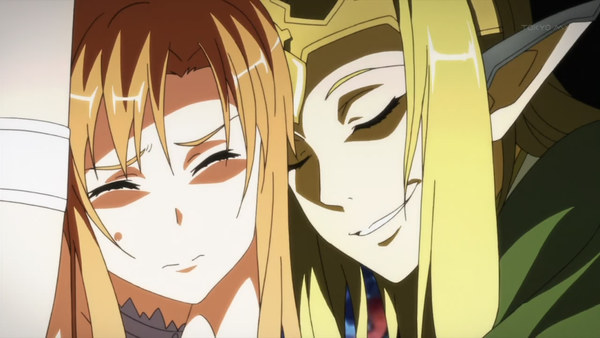 Evil is the best word suited for Nobuyuki. The biggest reason why we hate him is that he molested Asuna to the point of tears.

Tying her up in chains and fondling Asuna in-front of her lover Kirito. Ripping her clothes off, smelling her hair and literally licking her tears whiles impaling Kirito with a sword, it doesn’t get eviller than this.

Even in the real world, Nobuyuki visits Asuna in the hospital whiles she was in a coma, fondling and smelling her hair. He even gets an analyst to replicate her scent in the virtual world.

Arranging a forced marriage with her and planning on brainwashing Asuna, but don’t worry.

Kirito manages to inflict intense amounts of pain on Nobuyuki, cutting him up like a cucumber. 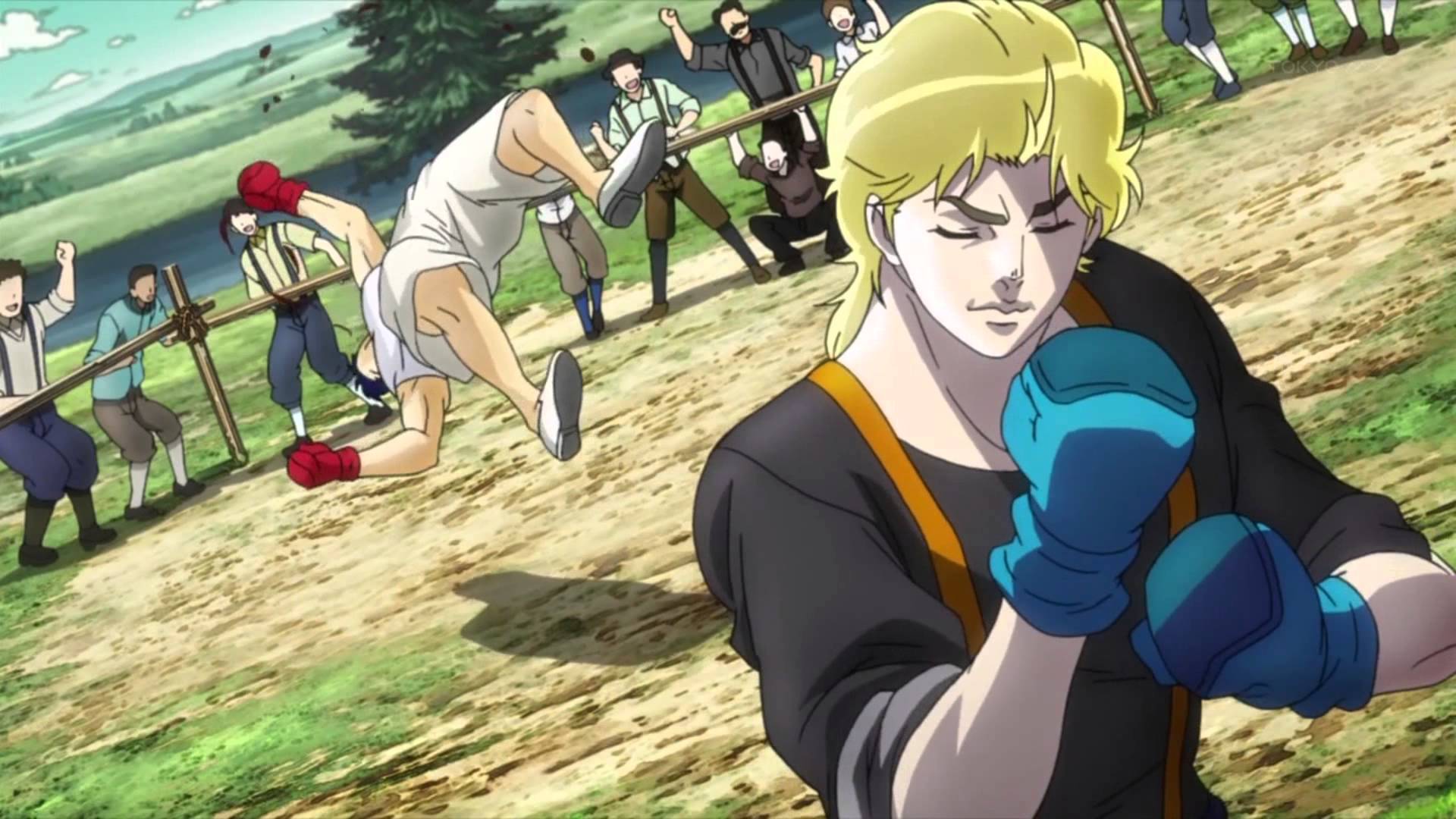 Without a doubt, Dio is hated for all the right reasons. Dio fights dirty, he’s evil, selfish and everything you would expect from an ass-wipe villain.

Dio manages to slyly settle into the Joestar star mansion. Constantly bugging, insulting and framing Jonathan Joe star, Dio was also poisoning the man who took him into the mansion, the man who treated Dio equally to his own son.

Dio is a villain of little morality, gigantic cunningness, and an extremely greedy hunger for power.

He makes Jonathon Joe Star’s life a misery by framing him, stealing his childhood lover’s first kiss, poisoning his father and killing him, all whiles turning into a vampire. Dio is a Ba***rd! 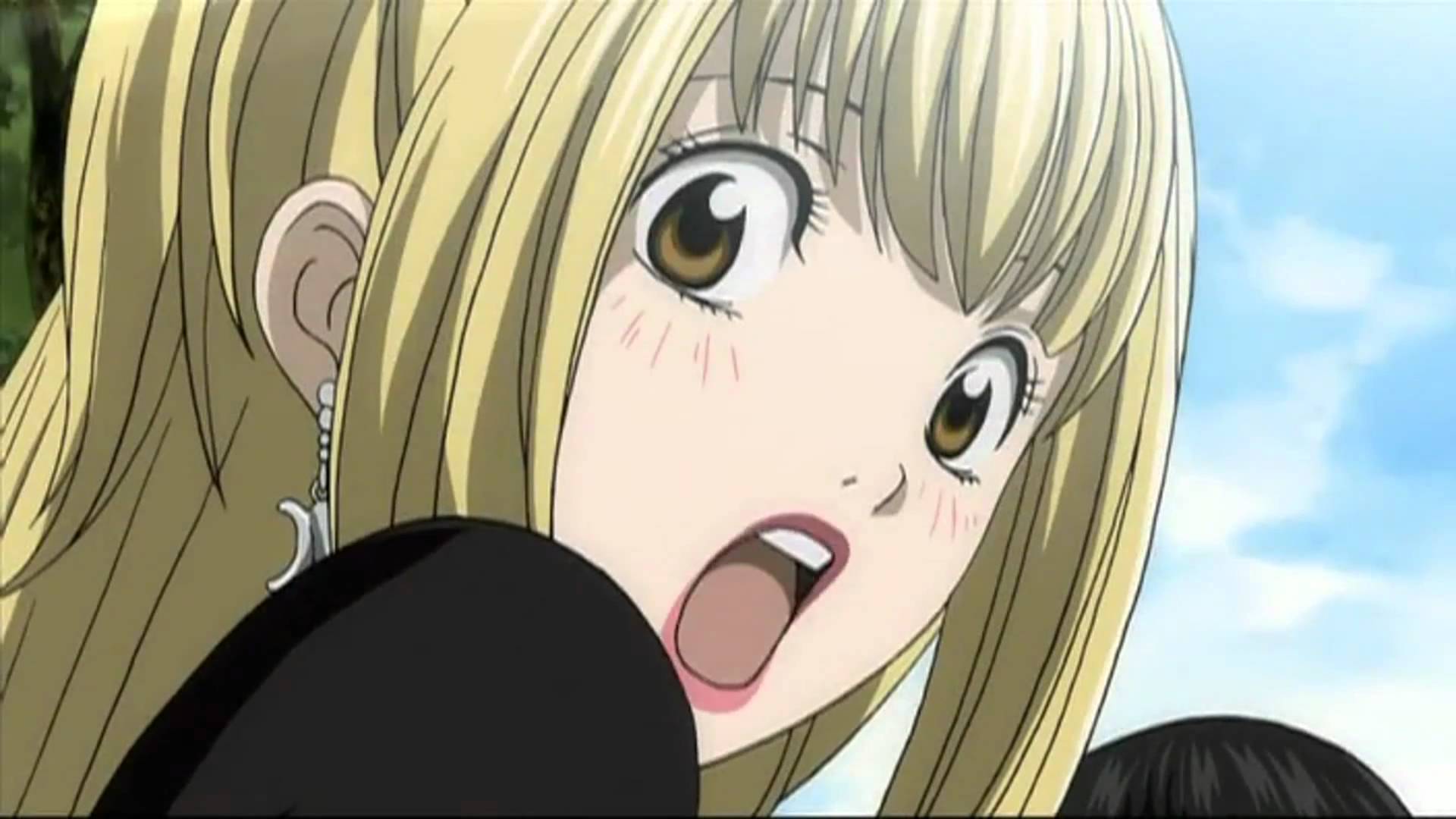 This woman is annoying as Hell! And is always getting in the way. Misa is incapable of thinking on her own, following light around like a lost puppy and always on his D***

Light does not like her and shows this feeling not blatantly but many blatant hints are given that he does not like her. Getting in Light’s way, ruining his plans, wasting his time and she can’t take a hint.

The only reason why light didn’t kill her was because of her Shinigami (God of death) always keeping an eye on her and light.

Misa Amane is famous in the world of Death Note and admittedly, her raging haters do make me dislike her less, and she can be quite delightful at times, but she’s just too much of a goldfish for me to actually like. 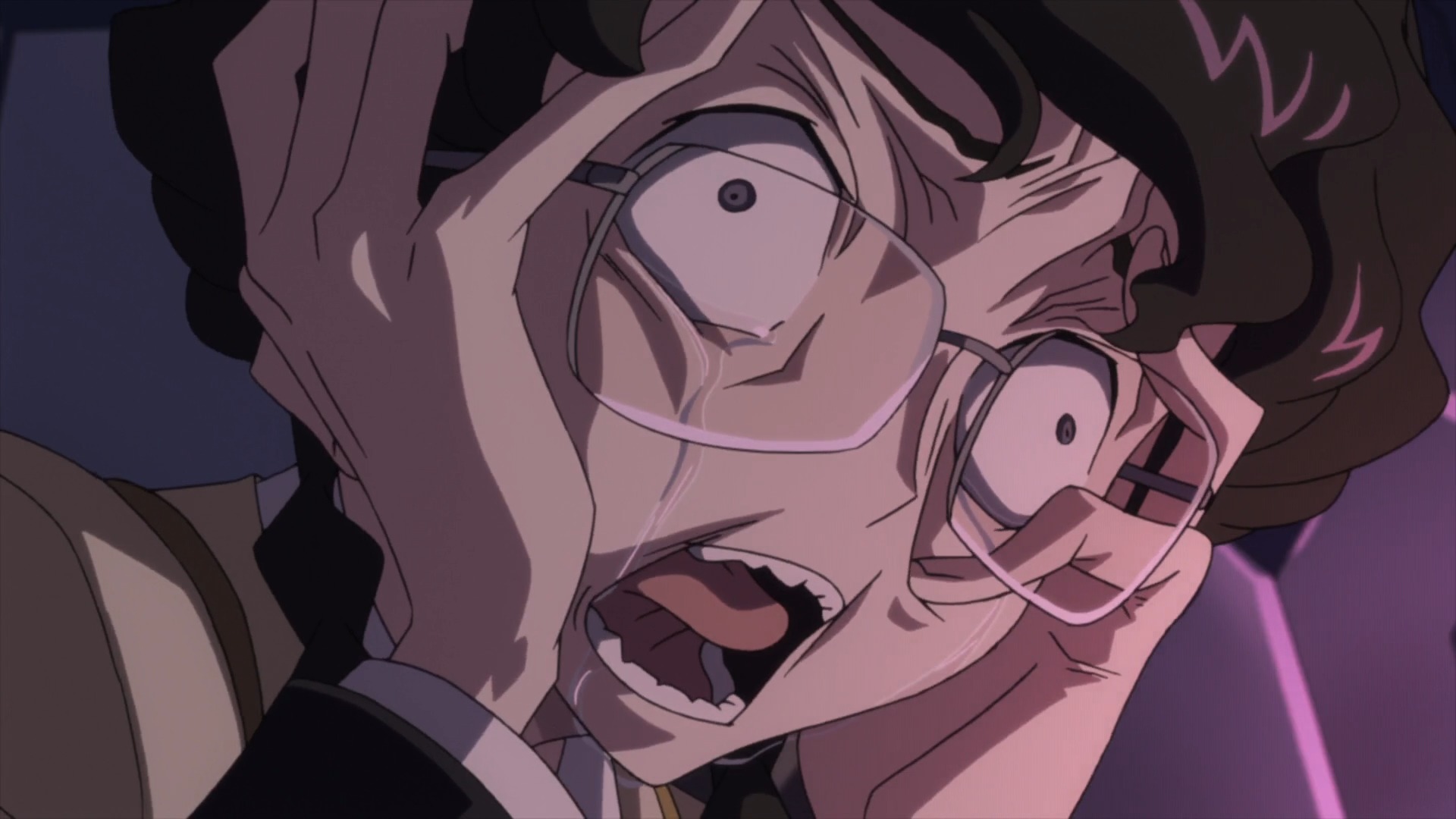 This woman represents everything which makes me despise human behavior and I just want to punch that face!

Nina is racist towards the Japanese, with feelings of rage and fear towards Elevens (Japanese). Even though Nina is sharp academically, she lacks reason and morals, Nina relies on and takes her views from Euphemia (Princess of Britannia) Nina views her as a “Goddess”.

Euphemia was a kind-hearted and loving person but she was accidentally brainwashed into killing the Elevens and soon dies. After this, Nina has developed unbelievable hate for the Elevens (Japanese).

Because of hatred for the elevens, this hatred develops F.L.E.I.J.A. A weapon of true mass destruction, capable of wiping out 25 million people.

Why is Sasuke one of the most hated anime characters of all time? It’s simple…

…he wanted to wipe out the Leaf village, even though Itachi (Sasuke’s brother) sacrifices himself to save the Leaf village. Sasuke stabbed Karin(his comrade) but in fairness, Sauske did apologies and was effortlessly forgiven.

Provoked Deidara to commit suicide and had the nerve to want to become Hokage after the devastation he carried out.

Sasuke has a bunch of people reaching out to him and trying to comfort him but he turns around and claims no one understands his problems.

Well, let me tell you something Sasuke, “if you don’t let people come in and understand, then no one will understand!”

Moral of the story, Sasuke is a c*nt. 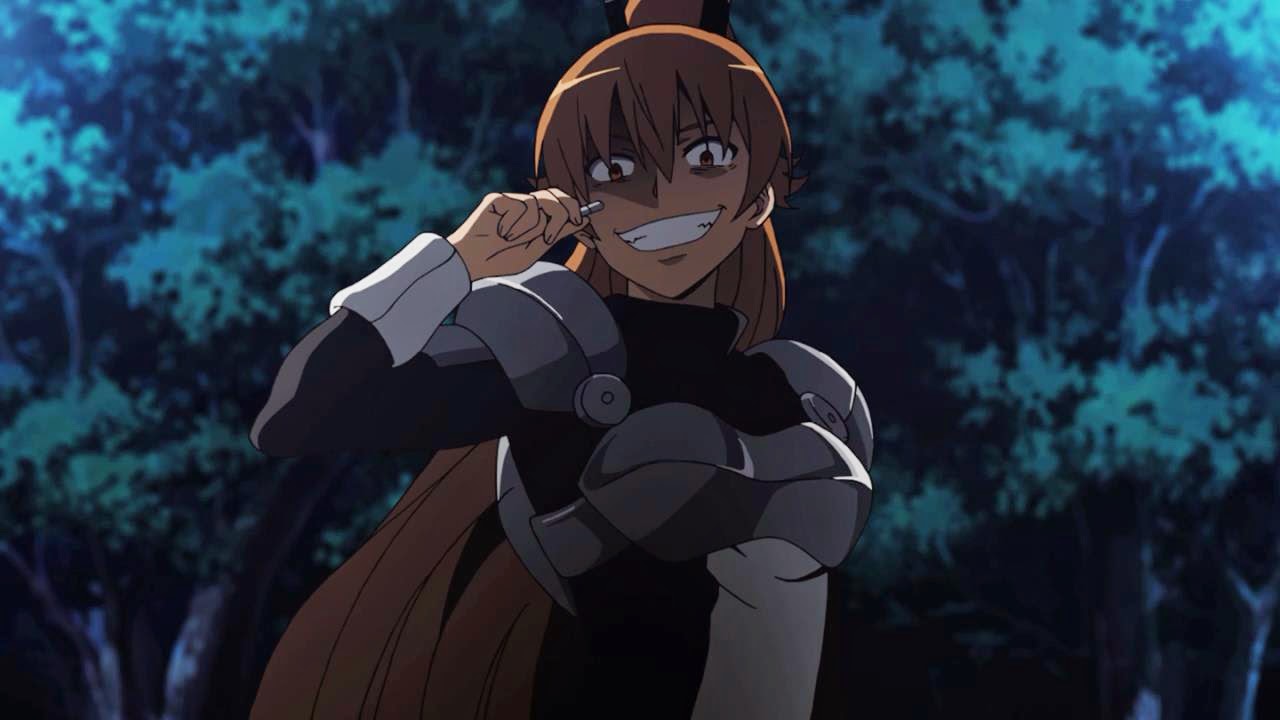 Twisted sense of justice is the reason Seryu is so hated. She defends warlords and corrupt rulers who don’t care for their people and only see them as an income of wealth.

Determined to achieve her sick, twisted ideals. Seryu deemed her ideals to be just and full of goodness.

She has seen her comrades killed and wanted to avenge them, is that so bad? I mean they were her beloved comrades.

Well yes, it’s bad. Simply because her friends were thieves and unjust murders. So, what passes as just and unjust?

…it falls under morals all humans were born with, they change because of the tainted world.

Seryu’s friends went around taking advantage of people by taking all their money and murdering husbands.

This resulted in the woman becoming widows and going around with a strong stench because they were selling their bodies.

Rapists and warmongers are the best descriptions I can give for Seryu’s friends.

Unfortunately, Seryu turned a blind eye to these qualities of her friends and focused on unreasonable revenge.

Seryu was blind to the evil all around her and acted irrationally in the name of what she considered to be justice and goodness.

This is what really irritated a lot of people and got her on the top 10 list of most hated anime characters of all time. 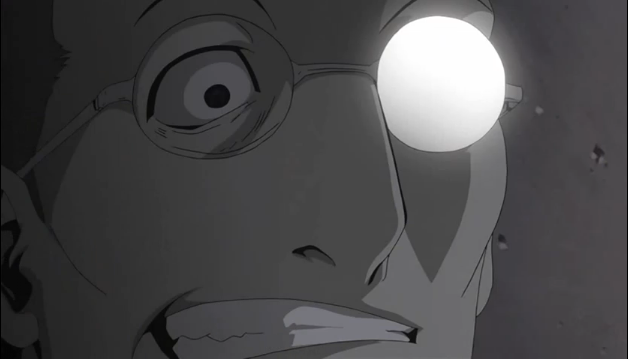 By far one of the most hated anime characters of all time and for the most genuine reasons.

Tucker is a cruel-hearted, selfish man, who cowardly sacrificed his wife, daughter, and even dog! Just to keep his social status! He sacrificed his family through experiments to create an animal hybrid called a “Chimera“

“A young girl’s own father to turn her into such a pitiful, suffering creature is really despicable. Also, it’s not like he’d just keep her around the house and treat her like his daughter or pet.

The chimera would be locked up and taken to the capital for cruel experiments as it is basically Shou’s alchemy license renewal exam and they need to judge his work.”

Why all the hate for shou tucker? from FullmetalAlchemist

Wow… the hatred we all have for Griffith is intense, I can just feel it whiles writing this.

Griffith and Guts form a beautiful, brotherly relationship, having water fights together, fighting demons together and climbing high on the ladder of nobility.

They had done it…

Griffith has built the Band of The Hawks and he’s made the army a mighty one, conquering every army they had ever faced as a foe.

Things were looking up for Griffith and his dreams looked a few steps away. Griffith’s dream was to one day have his own kingdom and be its one true ruler.

This is where things take a turn for the worse…

Guts is leaving the Band of The Hawks, Griffith confronts him in a one-on-one duel, everyone was confident that Griffith would win.

Guts defeats Griffith so easily, with only one strike, breaking Griffith’s sword and stopping before Griffiths body is pierced.

Griffith becomes depressed and decides to go into the princess’s chamber and sleeps with her!

It’s too late. The damage had been done. Griffiths body was incapable of moving, his ligaments were cut and body rendered useless. No longer could Griffith wield his sword and lead his army ever again.

Suddenly the sky reddens and giant demons appear calling themselves the “God Hand”. They tell Griffith if he sacrifices his comrades, he will be granted the power to peruse his dream again.

Everyone thinks this is madness, Griffith would never do such a thing!

He says, “I sacrifice” suddenly smaller sized demons appear and slaughter the Band of The Hawk. Griffith is taken away by the God Hand and everyone is left fighting for their lives.

Griffith comes down from the sky, but not as Griffith the leader of the Hawks. Instead as Femto, the wing of darkness.

A hand reaches down with Casca (Gut’s lover) in it and hands her over to the demon who was once Griffith. He begins to touch Casca, Guts shouts “WHAT THE HELL ARE YOU DOING”?! Guts then charges at Griffith’s direction but a demon bites Gut’s arm stopping him in his tracks.

All Guts can do now is watch as this demon who was once his best friend, rape his lover. Casca tells Guts to look away and Guts tries to do that until a demon opens his eyes, gouging one out in the process.

As Griffith (Femto) is raping Casca, he looks at Guts whiles doing it, with an emotionless face. After Femto is done, he tosses Casca aside like a piece of trash.

…that was pretty messed up.

Griffith, by far takes the number 1 spot as the most hated anime character of all time.

Check out the video below which take you through why Griffith is the worst best friend EVER!

So those were the most hated anime characters of all time.