One Punch Man is like no other anime. You follow a man named Saitama who can kill any opponent with just one punch, this show turns the anime industry on its head…

Saitama is already at the top and trying to find an opponent who can actually give him a challenge, every-time we see an opponent who looks bad-ass we think “oh no is Saitama in trouble?” but he ends up defeating the enemy with one punch!

Unlike so many other anime out there, One Punch Man started as a webcomic not a manga and grew a huge following. The manga was released in the US and became popular on sites like Viz and ComiXology.

Goku, Naruto and Luffy have all trained so damn hard and for so long to attain their power levels. But someone like Saitama reaches and even goes beyond those power levels with ease.

Saitama never struggled with defeating any foe and these foes were super strong, Saitama just came and took them out like trash. In fact not once was Saitama struggling against an enemy,

His training regiment that got him unbelievable power is insane and by insane I mean not all that difficult considering the level of power he has. 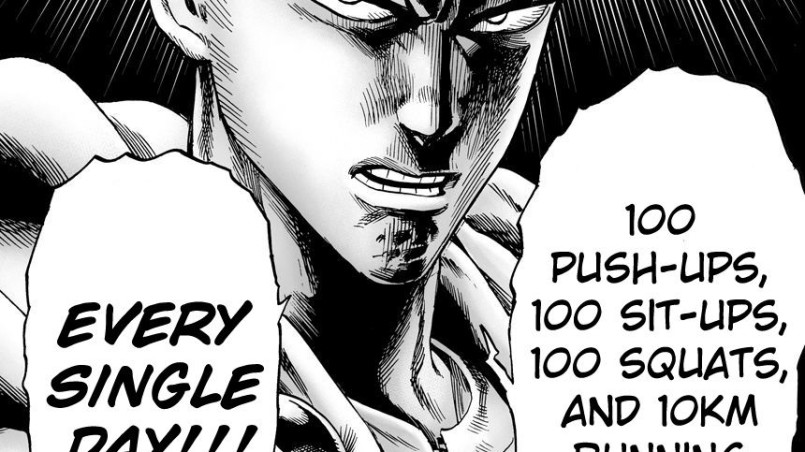 The art style is gorgeous in the One punch Man anime and manga. Yusuke Murata did a great job with the art and MadHouse studios did a fantastic job with the anime.

When Saitama took down foes he never got any recognition for it, only hate. Saitama even saved the world from an alien invasion that was under the command of the most powerful alien in the universe “Boros” but was never given any credit.

The most annoying part…

Saitama defeated the Deep Sea King but people still hated him and just discredited him, even after their whining and crying.

Someone came to their rescue yet a couple of people didn’t care for the heroes who risked their lives and even called them “weak”.

After the heroes who gave their lives to save the people were discredited and called weaklings, Saitama did the heroic thing and said “the monster was weakened” (lie) and he took advantage to finish it off.

(watch the video if you don’t understand)

We loved watching and reading One Punch Man because it was a breath of fresh air. Distancing itself from all the other anime in the industry and decided to be ridiculous and extremely entertaining. At the same time with guts and glory, we enjoyed the HELL out of it.

I can’t and I’m sure you can’t wait until season 2.